Today’s house is a townhome that has been renovated. to be suitable for use and ready for the new family Nice townhome that divides the usable area of ​​both the living and the working area beautifully and harmoniously with second-hand items from various sources 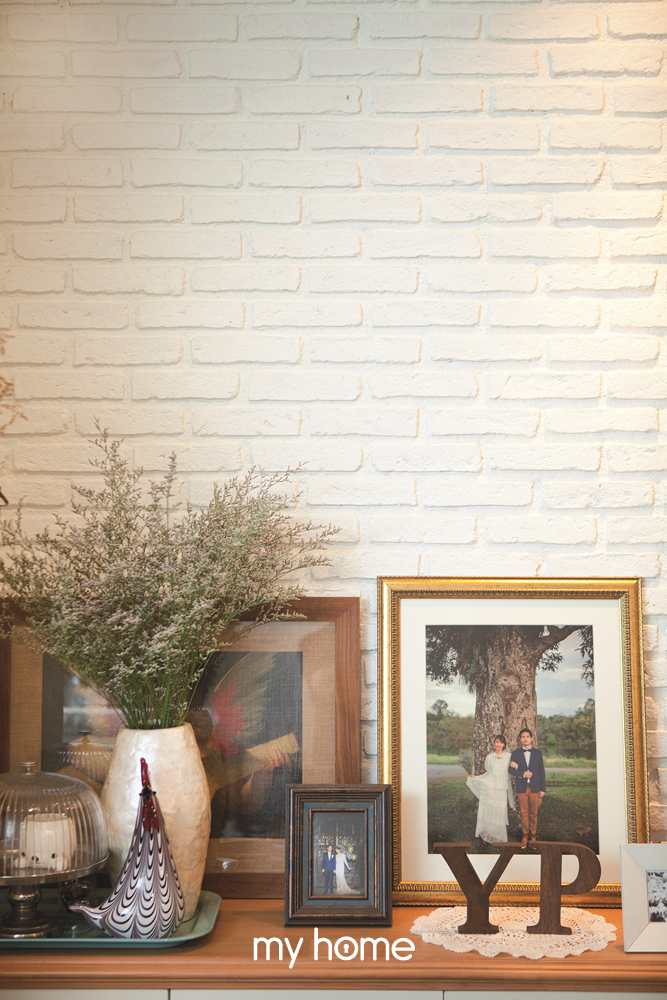 Many people discover their preferences at a young age. But many others may have to go through trial and error many times. It might be similar to today’s homeowners. found that making sweets Which is a hobby that is a job that she loves until the birth of Cafe Phom Kanom Ter (cafe I have a snack on her), a delicious and cute cake shop in Prachachuen area that many people are addicted to the taste. until having to leave as a regular customer The first step we walked into the house. The smell of fresh baked goods from the oven wafted throughout the house. take our imaginations far with the sweetest cake The two homeowners invited us to their homes in a friendly manner. Khun Ying Deew – Nanticha Wattanasimakorn and Khun Pound – Chatwut Jermthanate Interior Designer couples who make This lovely townhome besides being filled with the aroma of pastries. Still filled with love that we can see and feel around us. 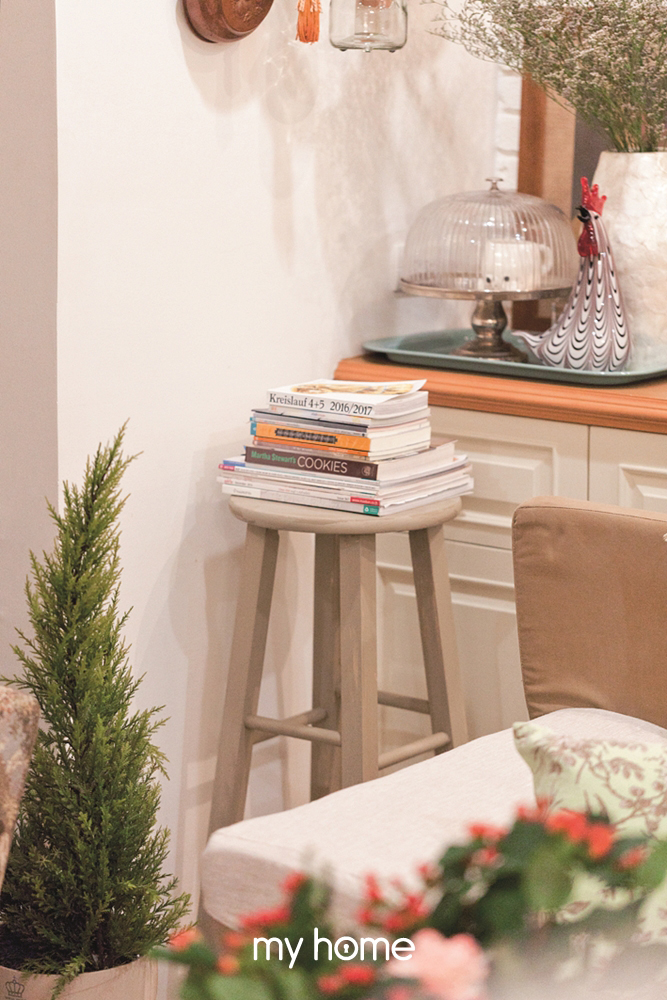 “This house is a house that my parents bought for five siblings of a single woman to live together. We have been coming to this house since childhood. Friends and brothers come to the house regularly. Each of the brothers gets married and has a family. were dispersed When the day we get married began to talk to Pound that Want to renovate a new house Because of the original one, the room was separated for everyone, the space had to be adjusted to suit the use. Because a single woman still makes cakes here. The kitchen in the back is very tight. I want to move to the front of the house for the convenience of entering and exiting and will be able to expand to add other parts of the house as well.” 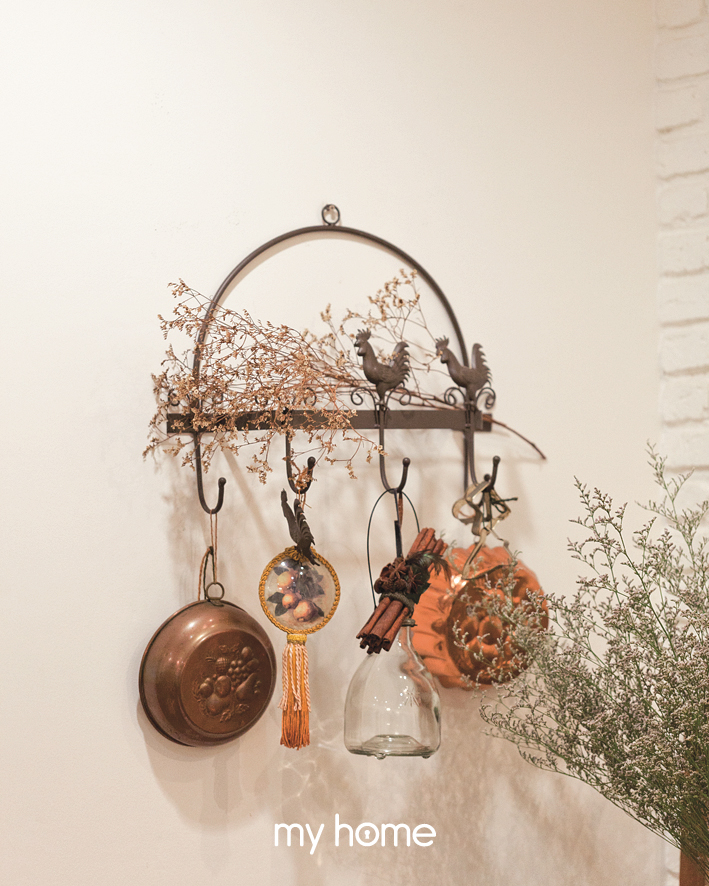 3-storey townhome house has been adjusted with new functions. Let the bottom floor be the baking part. There is enough space for baking ovens and large baking tools. Next, inside is the living area. demolish the old bathroom To make the living room have a wider area and add the back of the house to make it a kitchen. including the addition of a new bathroom at the back of the house Of course, who is in charge of designing and renovating the house? Besides Khun Pound But Lady Single, who also graduated in interior. Even though I’m not working in this field anymore But it’s also the one who gives opinions and puts cuteness details into the house. 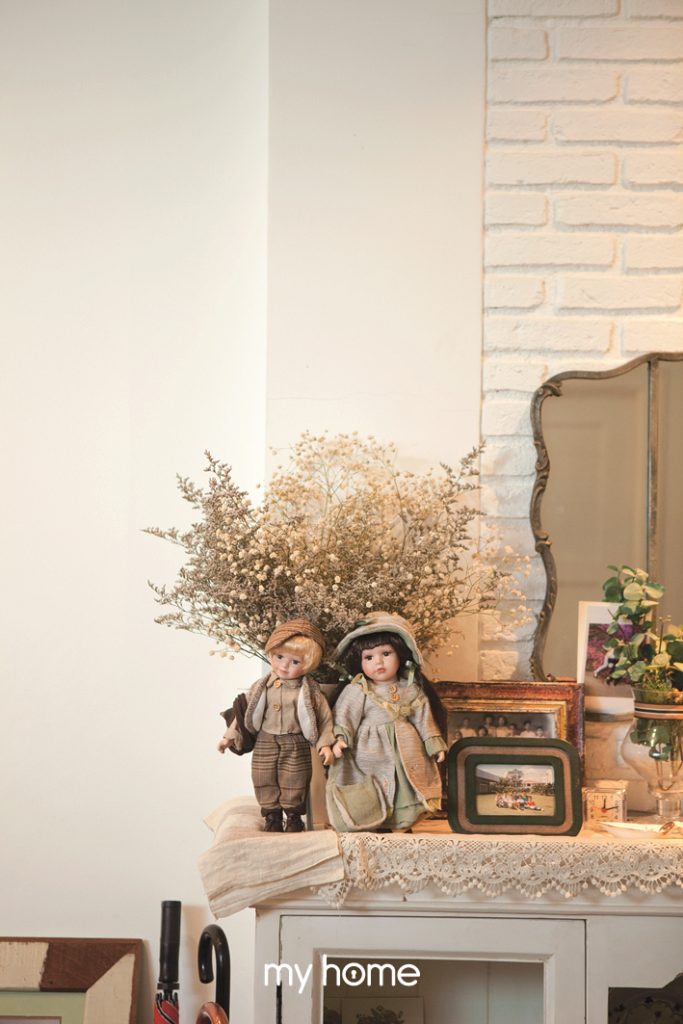 “A single woman likes to buy second-hand items. In fact, it’s probably a favorite family activity. because when he returned home to Udon Thani We also like to take them to Japanese second-hand furniture stores. and each item purchased Not just small items, but cabinets, tables, chairs, pianos, electronics, love to buy beautiful plates, bowls, coffee mugs, of which there are quite a few of them. Or even when traveling abroad, I like to go to Flea Market to find vintage items from that house. that he took out to sell Buy it and bring it back.” It’s no wonder why the things in this house look different. Although there are many sources, many styles, but when they are arranged together, they look beautiful and interesting. 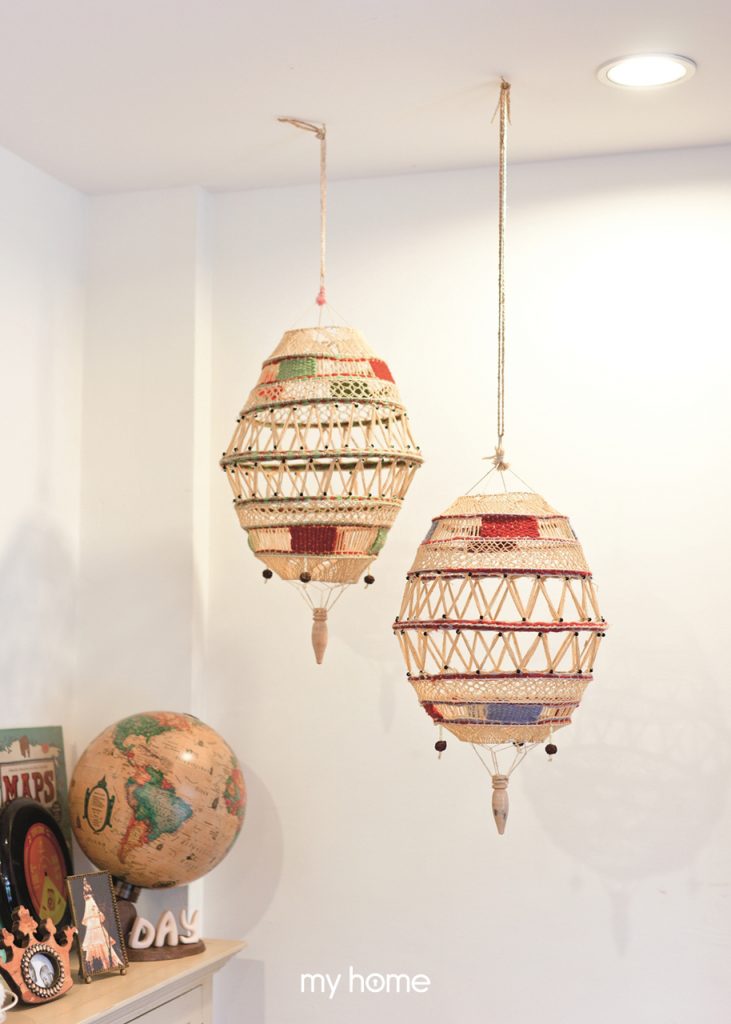 2nd floor converted to your office There is a large work desk in the middle of the room. Surrounded by 6 different chairs It was an inattentive intent that the owner of the house told me to laugh at. “These two chairs my father bought from Udon. That big one has a senior friend that makes me say that he sees it and misses us. The blue one is an old chair that has been with this house since the beginning. It’s probably over 20 years old, but I feel like the stuff is old. but still in good working condition I still don’t want to leave.”

As both a homeowner and a designer myself should be considered an advantage “I will say that when I built this house, there was no design at all. That is, there is only a house frame that needs to be measured again. the rest is called Let’s talk to each other in front of the event (laughs). It’s normal when working for customers. We have to make a drawing, make a three-dimensional picture, and make an appraisal. Customers will clearly see what kind of house they will get. But when you arrive at your own home All those steps were gone. It can be called standing and pointing at each other in front of the event with recklessness (laughs). There may be some wrong plans along the water. But it came out as complete as expected.”

Even if it’s not a big or luxurious house. But we can feel love The warmth that homeowners have for each other have designed their own home improvements Have chosen the tiles, choose the kitchen set, arrange the decoration of each piece of the house by yourself. The house is small big back doesn’t matter As long as it’s a house full of laughter, that’s enough.

Renovate a townhome with a budget of 7 hundred thousand.

small wooden house in the middle of the old garden