Bensley Design Studios is a design firm with many world-class hotels to its credit. Notable among these are the Four Seasons Tented Camp, the Four Seasons Koh Samui, the Kempinski Udaipur, the Siam, and the Indigo Pearl to name a few. Founded by Bill Bensley, who collabed with business partner Jirachai Rengthong, the firm has won acclaim for outstanding works in architecture, interior decoration, garden design and landscape development. 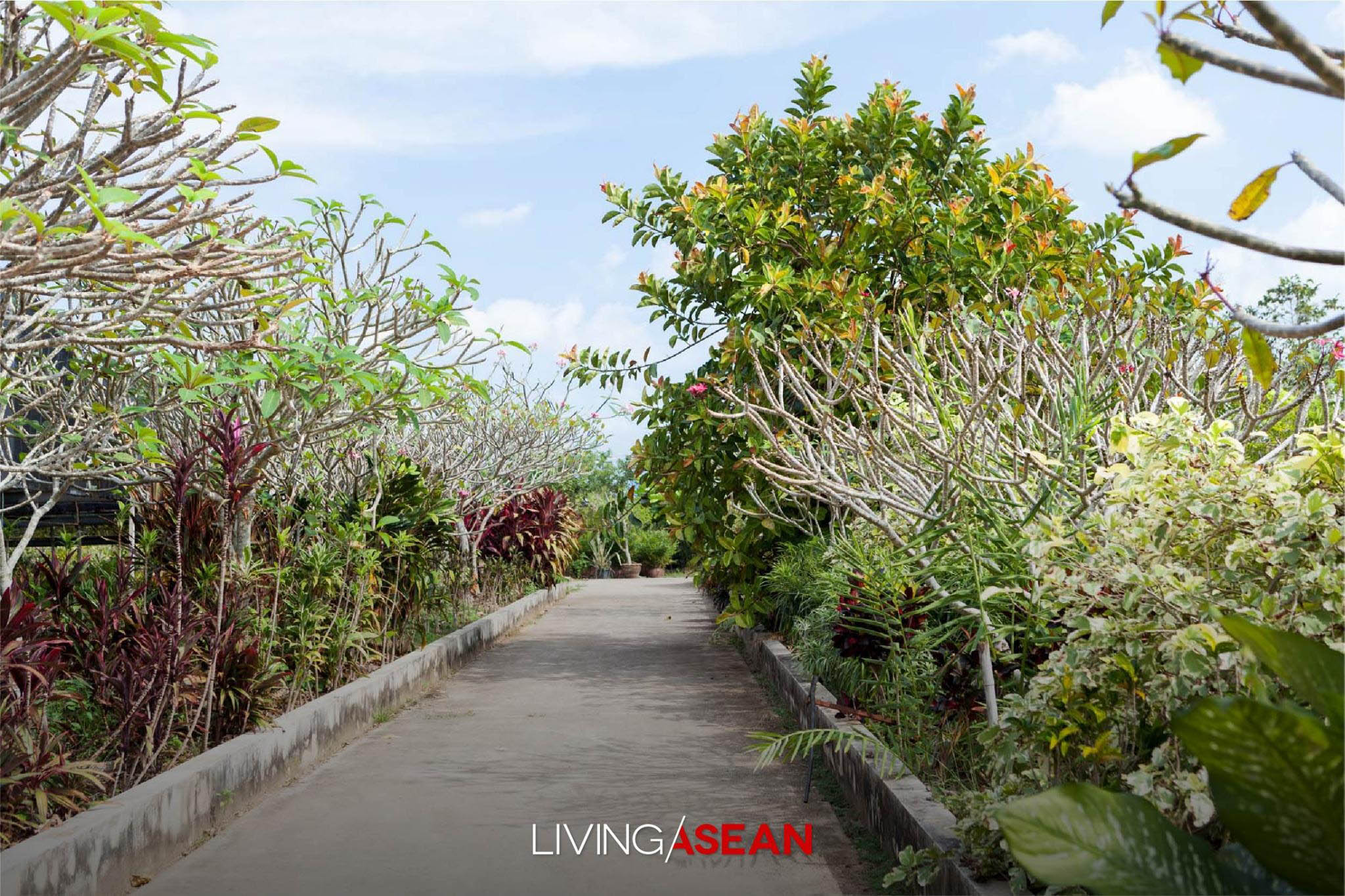 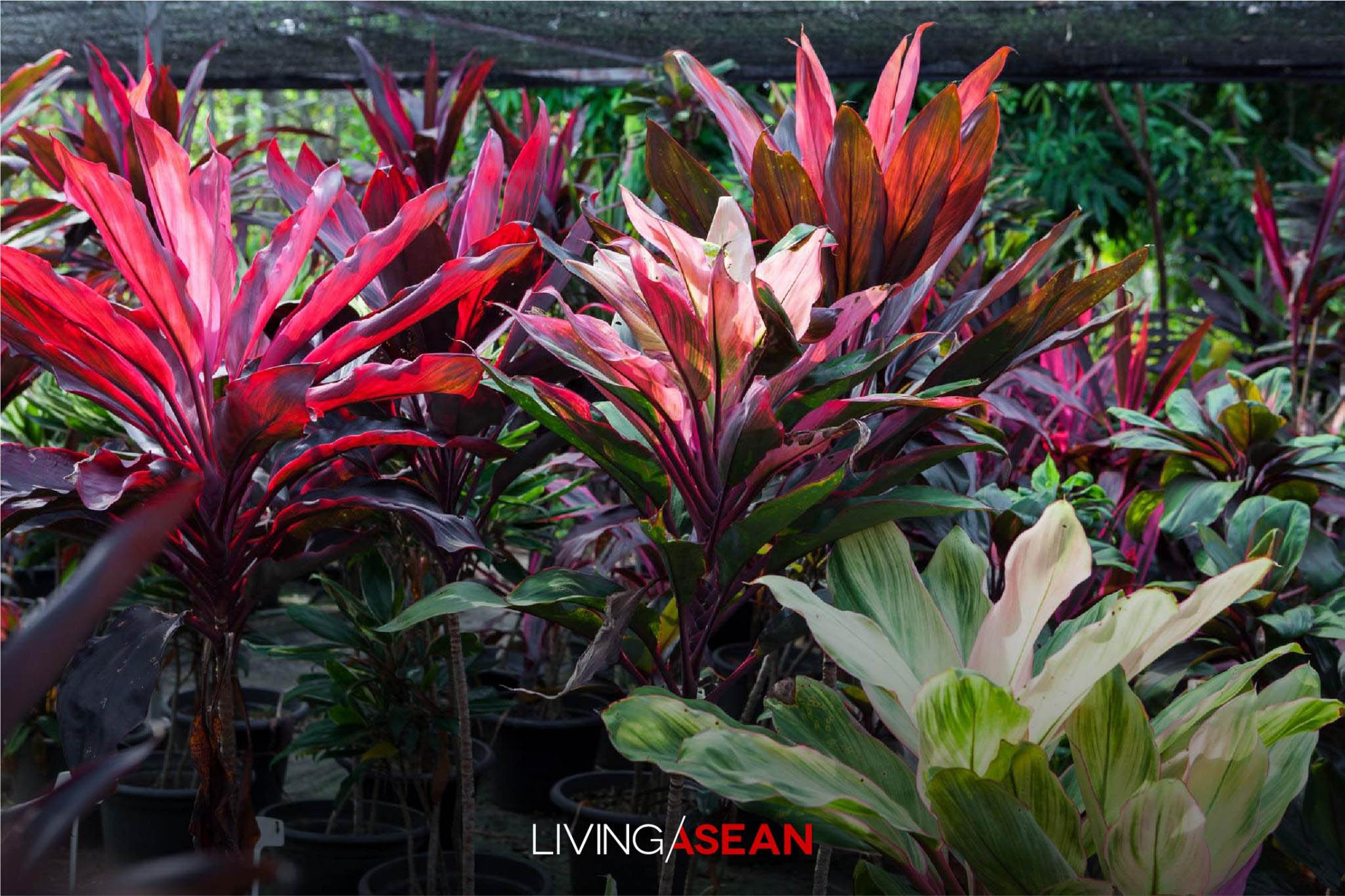 “Botanica Garden” is a nursery in Chiang Mai that’s home to hundreds of leaf plant species that Jirachai, an avid horticulturist, has cultivated over many years. It’s an oasis of beautifully maintained greenery that proves a perfect complement to the works of Bensley Design Studios. Some of the young plants grown here are offered for purchase at Kham Thiang Market, Chiang Mai’s largest botanical marketplace.

For several decades Jirachai has nurtured and grown foliage plants and tropical species from across the globe at this nursery. He started out with varieties of bromeliad, cordyline or good luck plants, philodendron, aglaonema, anthurium, calathea, and agave before moving on to a detailed study in plant behavior and the breeding of plant specimens by natural processes.

As Jirachai put it, “Normally, after we buy unfamiliar species native to the equatorial climate zone, we try propagating them from the parent stock and observe how they respond to new environments. Every detail counts. Some species perform better in Chiang Mai producing brighter color leaves than they do in Bangkok. Interestingly, others fare badly when planted in the ground. Some species thrive in full sun, while others can tolerate partial shade. We also discover that cordyline or good luck plants perform better in soil than in organic coconut husk pieces. They don’t shed leaves when planted in soi, but they do when put in coconut husk.”

Offering an open view of the surrounding area, the nursery is canopied by black mesh fabric that gives protection from the sun. Plants that thrive in partial sun are grown here. They are safe in the hands of experienced gardeners.

“Propagation by air layering is a method that should be used in a bid to prevent plants from shedding leaves. Once roots have sufficiently developed, the stem can be cut from the parent plant and potted up. This allows the new plant to grow into naturally beautiful form. As for philodendron, coconut husk pieces are preferred over soil,” Jirachai explained. Apart from the propagation of plant species for decoration and sale, the nursery also specializes in cross breeding to produce desirable features in one offspring. Some young plants are so original and unique that they can fetch as much as a million baht.

“Caring for plants the right way, only Osmocoat fertilizer is added to soil once every three months, while 16-16-16 fertilizer is used once a month. As for bromeliad, ferns, and philodendron, Osmocoat alone will suffice. This fertilizer is effective in stimulating growth in potted plants. The same applies to ferns, but it should be diluted with water and given using sprayers.”

“Pests that attack these plants aren’t many. They include varieties of coccidae, or scale insects, and fungal infections that happen in the rainy season. Sprayed insecticides will likely stay long enough to have effect. Philodendron and anthurium can be raised as indoor houseplants. Give them just enough water and avoid being waterlogged. Place containers where it’s well ventilated. To protect against fungal infections, avoid moist or wet locations.” 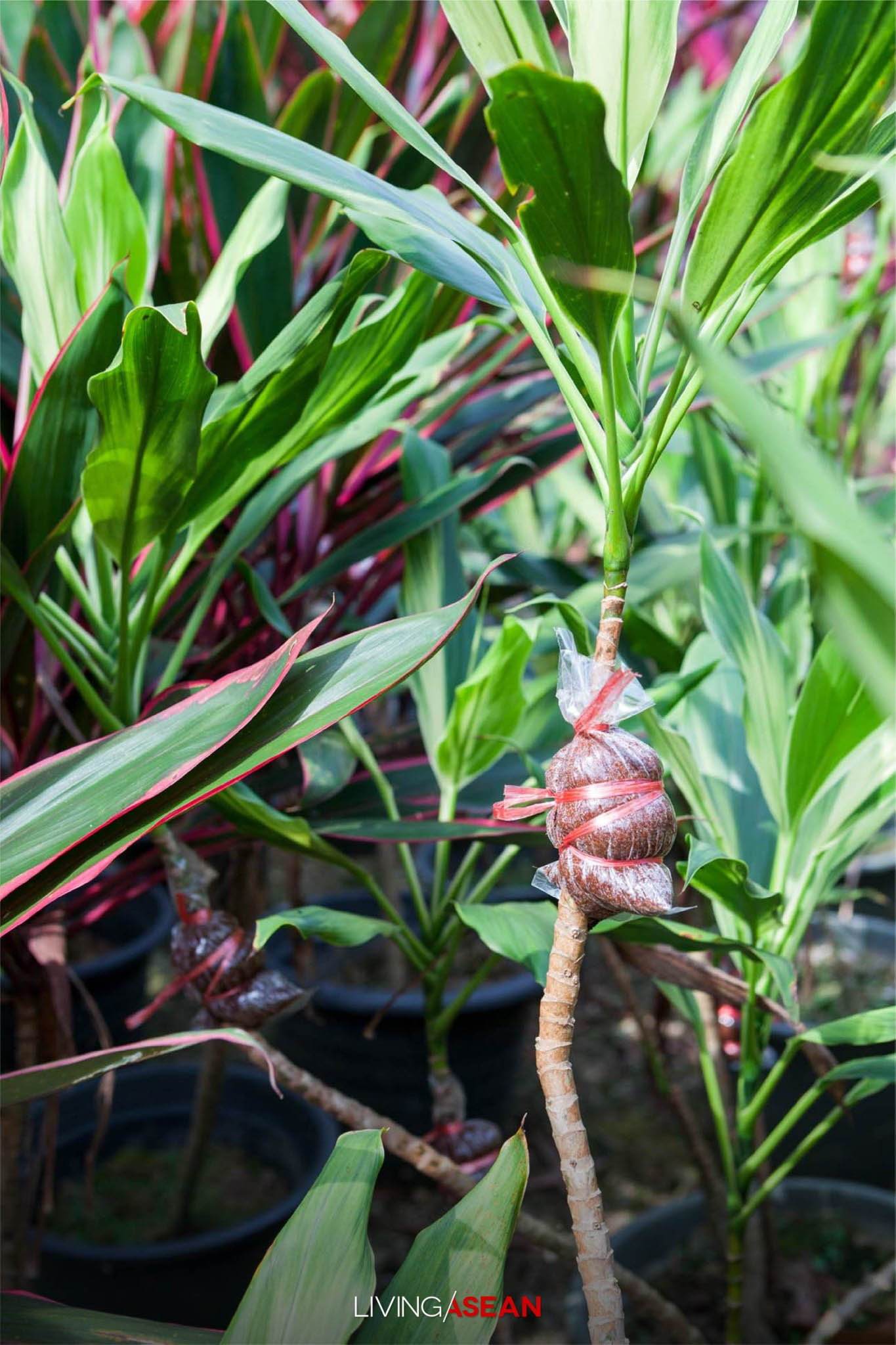 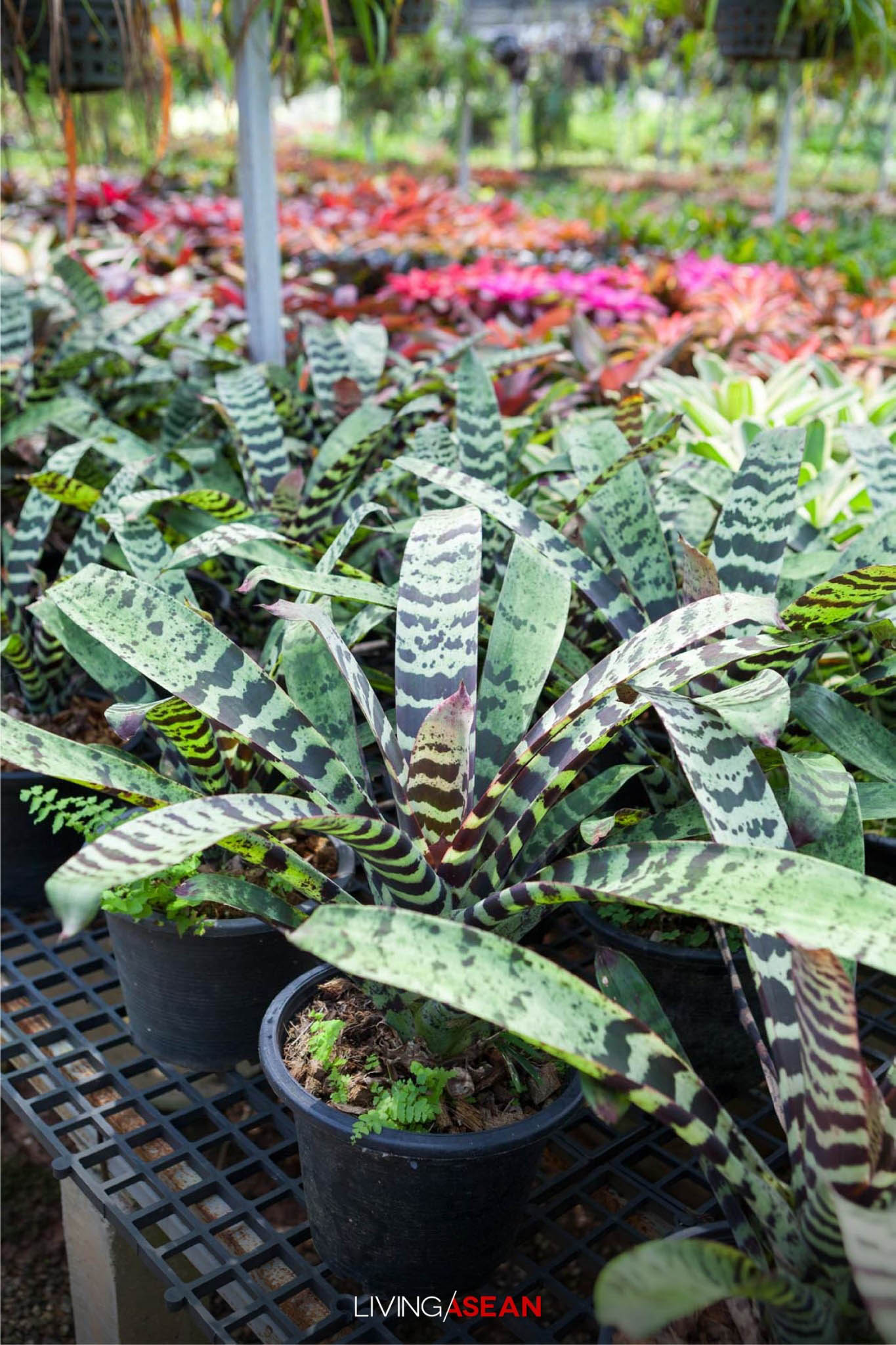 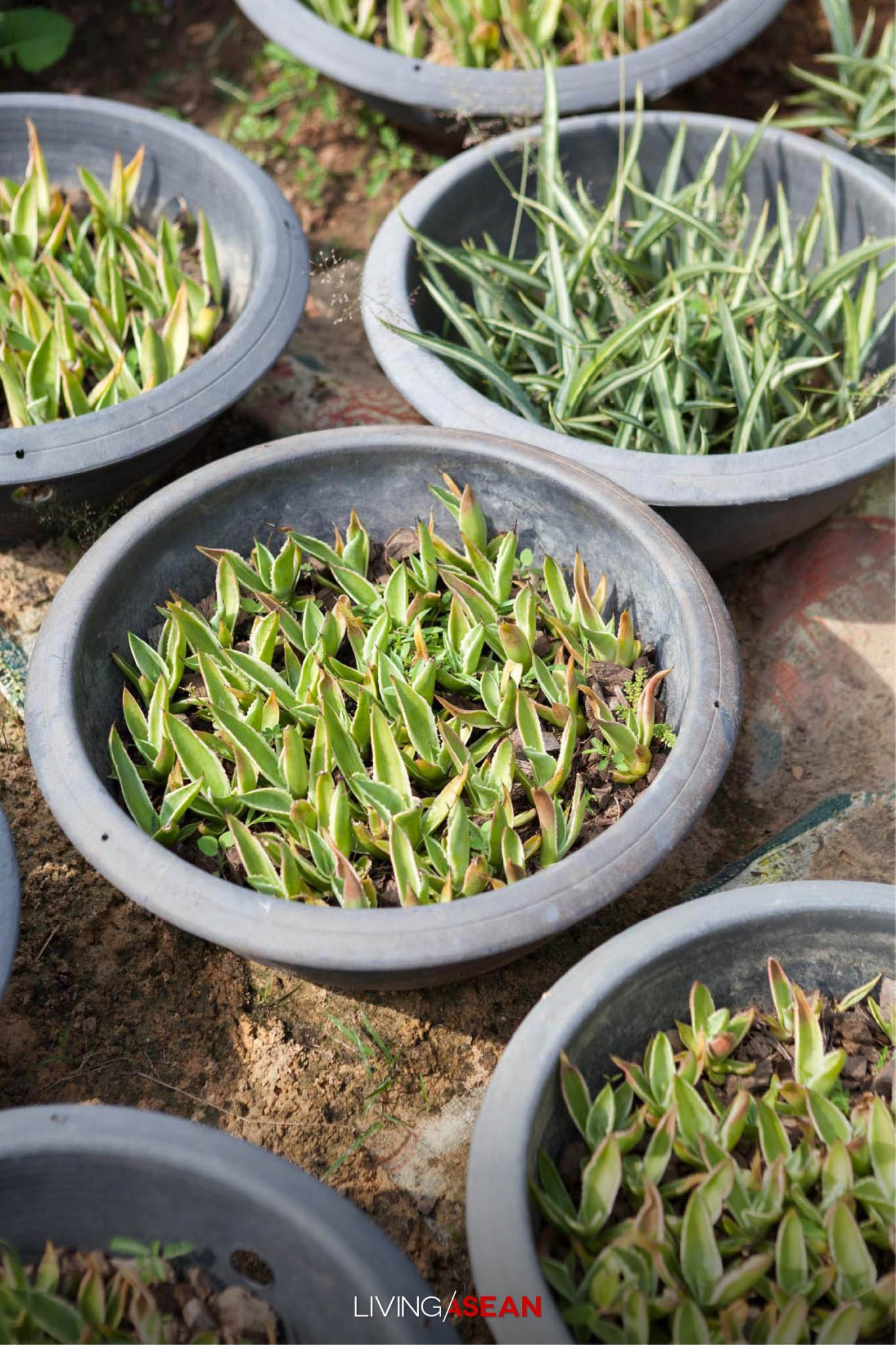 That concludes our handy hints and a guide to leaf plant care. For more information, drop by Botanica Garden, or give them a visit at Kham Thiang Market next time you’re in Chiang Mai.